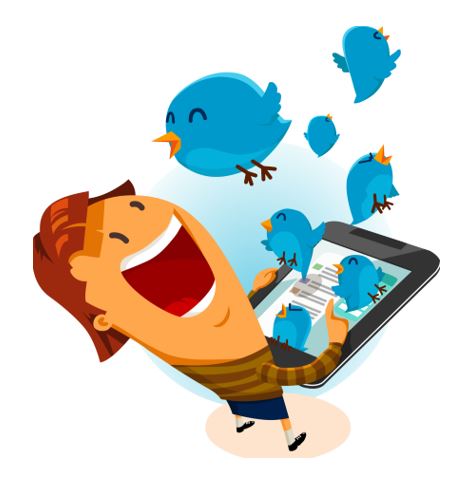 Lesley Carhart tweeted today that a journalist used one of her tweets in an article that would have been rephrased in a less playful manner had the journalist just asked. I find this tweet to be an extremely important tweet that affects many in forensics (see my side note on 'forensics').

"I am afraid of some attorney using my words against me. - unnamed DFIR expert"

I have spoken to more than a few practicing DFIR folks about their decisions to not openly use social media to discuss DFIR, since that is the best way to get the fastest answers to problems. The common response is the fear of having a conment being used against them in a case, especially since they are perpectually under subpoena in one case or another.  Some of those who do post online comments are using anonymous accounts. They are afraid of their words being used against them in court, so they go the anonymous route, as if that will protect them from answering the question under oath, "Do you have any social media accounts where you discuss your work?"

This commonly stated reason of fear of any comment or comments being used against them in legal proceedings where they stand to be called as a witness is something that I totally get.

A scenario that can play out is being a witness in a civil or criminal trial, undergoing cross examination, and past comments being brought into play as a means of discrediting the witness. With journalists and activists reaching back decades of online comments to discredit or embarrass someone, the legal arena is ripe for doing the same thing (I have seen it done). In some instances, this could be reasonable if full context is introduced, and even then, opinions are like fruit; they can be perishable as time goes by.

{source}
<blockquote class="twitter-tweet" data-conversation="none" data-lang="en"><p lang="en" dir="ltr">I&#39;ve had a tweet of mine end up in a class action suit filing. While I stand by it (not a good idea to link to JavaScript from an ad domain that was abandoned years ago—and now repurposed by an attacker—in a production site), it made me rethink how I framed things.</p>&mdash; Kenn White (@kennwhite) <a href="https://twitter.com/kennwhite/status/1115743124427542533?ref_src=twsrc%5Etfw">April 9, 2019</a></blockquote>

The result is that we have an incredible amount of talent, experience, and knowledge in the forensic world that refuse to post any comments online for the fear of potentially having a comment being used maliciously or falsely in either expert qualification or cross examination.  The impact on the community is that we miss the most relevant and impactful resources that could move the community forward 100x, all because of fear of being quoted out of context.

Some people, for whatever reason, do not want to disclose where they work, as if having any job would be embarrassing anyway. So, they stay anonymous online. Again, I totally get it, but if you aren’t bashing your employer, disclosing intellectual property, or being disingenuous in what you say, do you need to be anonymous?

What we get then is a slew of anonymous accounts. We have anonymous practitioners and experts, who we have no idea of their qualifications or reputation, stating opinions on “DFIR” topics, which do not have the same impact as a named person. It’s anonymous, therefore, untrusted and unverifiable, even when coming from someone who is probably the best to state an opinion on the topic at hand. We just don’t know, therefore, almost pointless.

I understand the use of anonymous accounts when your personal safety is at risk, such as working in a field where you or your family could be targeted (and killed) because of your job, such as working undercover or for an intelligence agency hunting terrorists.  If you are only doing forensics, the odds of being targeted are quite low… How do I know this? Because when I worked undercover, where I was day-in and day-out hanging out with people who killed people, I never had my name online. I was also at the point of not having any social media presence at all (anonymous or not) for the sole reason of limiting risk of exposure to myself and family.

Other than that, I see no need to have an anonymous account other than for the ability to post anything, and I mean practically anything, without any risk of being personally called out for unreasonable, untruthful, or otherwise harmful opinions.  Unless an employer has a specific policy that an employee cannot have a personal social media account, then anonymity simply appears to be a manner to spout off without recourse.  I’m still looking for an employer that prohibits an employee from having a social media account…  But again, I get it. Anonymity is here to stay.

To the anonymous experts

Brett’s opinion: Anonymous accounts hold zero weight for opinions. It doesn’t matter how many retweets, shares, or favorites you get, anonymity is not credibility.  But if you put your name on your words, your words are heavy. For those working in the legal arena, especially those writing affidavits, you particularly know the weight of an anonymous complaint versus someone willing to have their name listed in a search warrant affidavit.

The things that we say (post/tweet/share) today will most likely exist forever. This by itself should be enough to make us at least read our words before posting them. Although I will admit, I will re-read what I just typed, post it, and then catch my grammar errors too late after the post…but for the content, I stand by what I post. As to the grammatical errors, I’ll take them too because for context, my words are my words.

I hate saying that I was wrong

I do not like to apologize or admit to being wrong, but when I am, I do it. I consider everything that I do and say, including social media posts, to be under scrutiny of accuracy and truthfulness. I don’t need anyone scraping my data to find something that I misstated, but surely could see something in court or online by someone who wants to dig something up. That’s fine. If I was incorrect in stating something, I’ll admit that I was wrong.  I will even apologize for it because I want to learn and improve, not be stuck in growth in the field.

Yes, you have seen me, and will continue to see, embed someone's tweets in a blog post. But you will never see me take someone's comments out of context, nor re-post someone's comment that will embarrass or shame. That is uncool. However, I will showcase some good ones that deserve more discussion than just a tweet can do. The really important tweets that affect hundreds or thousands of people. Lesley's tweet is one of those tweets. Her tweet was perfectly done and did not need rephrasing in the least bit (or byte).