Admittedly, the title of this post is intentionally gross, because I am going to heave a few things at you, mainly about puking. As in, literally puking.

I listened to a well-done presentation not too long ago, and afterward, I went to the restroom. When I walked in, I heard someone puking their guts out. It turned out to be the presenter. When he came out of the stall, looking all embarrassed, he said that it must have been something that he ate.

I told him that food probably had nothing to do with it, but more with the stress, pressure, anxiety, fear, and energy required to give the great presentation that he did. I realized after I said that, he was more nervous...

Then I told him that he’ll probably tango with the toilet again at another presentation. It’s just the way it is when you open yourself to a crowd of people. The fear of being judged, evaluated, critiqued, criticized, or being wrong is a lot for the stomach’s brain to handle. Of course, I immediately realized that I was making it worse after the words left my lips.. 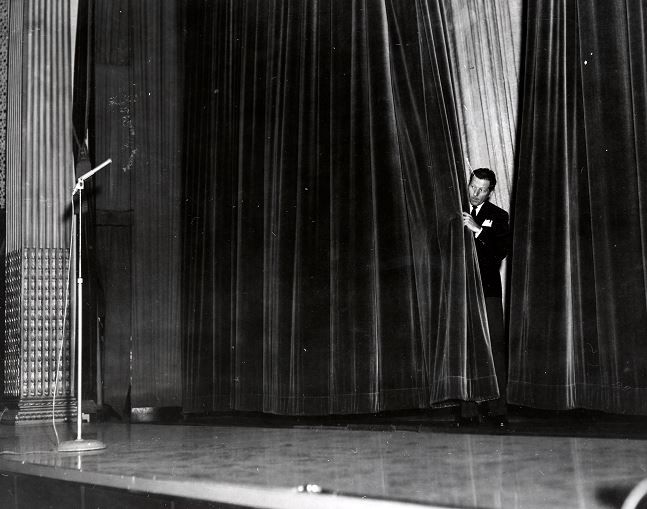 I said that sometimes I drive the porcelain bus when I give presentations (I have once, and I expect to do it again surely at some point). My advice was to let it flow when it comes, either before or after the presentation, and consider it a badge of honor that you truly put out your best effort for your audience and put yourself out there. You physically and mentally gave it your all because you exposed your entire self to a crowd of strangers. As a bit of comfort, I did say that I’ve not seen anyone hurl during a presentation, but I’m sure that can happen too. I didn’t tell him that at the time tho.

But can it happen to you? And should you ever risk speaking in public if so?

In my opinion, presentation-induced upchucking can happen to anyone from the most experienced presenters and the greenest of presenters. In DFIR, anyone, and I mean anyone, can find themselves on a stage for the first time in a young career or at any point of their career simply because they know something that others don’t. Maybe a small thing. Maybe a big thing. But your time in DFIR is irrelevant insofar as being able to speak to those in DFIR.

Also, it doesn’t matter the size of the audience or your competence level of your job that will determine if you will toss your cookies.

Ok. Let me give it to you on my ralph story.

My day-of-barf came at a presentation to a group of citizens on basic cyber security. The talk was a favor to a friend who organized the attendees. I gave it my all, as every time I do, but nothing extremely out of the ordinary. As soon as it was over, I felt a little queasy, and lost my lunch in the restroom. That was it. I did it once. When I stepped out the restroom, there was a small group of people staring at me and one asked if I was ok. Yep....they must have heard me...If you ever hear anything different, that was the story, and not a big deal. I would not be surprised to have it happen again, mostly because I care about giving an audience the information that they came to hear, in a manner that everyone benefits.  And I hope that my zipper is not done at the time…

I tell you this because no matter how many times you present, you may never know the one time that you end up revisting your breakfast afterward which has nothing to do with the number of presentations you have given. I have given presentations for more than 30 years to groups of less than 5 to rooms of more than 500 and I still ordered a buick in the restroom.

But this doesn’t mean to stop presenting when you have the opportunity. On the contrary, I hope it encourages more presentations from those who are so nervous that they would never think of standing on a stage to present a topic that so many people are waiting to hear.

If you are doing your best, and you care that you are connecting and giving a part of yourself to the audience, you are probably at risk of retching afterward. Consider it solid (albeit chunked) proof that you gave everything you had and that your audience received maximum output from your effort.

My intention with this post is that if you find yourself blowing chunks after a presentation, whether you were nervous or not, do not take that to mean you should not present anymore or that anything went wrong with your presentation (it probably as good as it gets). If I happen upon you as you make modern art in the toilet, I will know that I saw a presentation given at your best and you beared all to your audience.  Kudos to you.

By the way, I believe there to be three types of presenters:

So......have you ever thrown up with one of your presentations? Don’t worry about it 😉